Mantra meditation is the easiest way to do meditation, especially for beginners. It is easier to do mantra meditation and control your mind than trying silent mantra meditation. A restless mind is the main reason why we feel stressed. Meditation helps us in relieving this state of restlessness and thus our stress level reduces.

These days silencing our mind is a strenuous task. As we already know, mind is always busy, and it is always having thoughts of past or future. So, naturally, it is very difficult to tame mind, and unless we can control our mind, it cannot be silent which results in restlessness. Practicing mindfulness requires to be in present with a still mind, and that is nearly impossible for beginners.

But when you’re practicing mantra meditation, your focus turns to the sound of the sacred Vedic mantras you’re chanting. Thus, your mind instinctively concentrates on the sound vibrations and do not stray much in the thoughts of past and future.

Scientific studies have shown, chanting a specific Vedic mantra over and over can help curing chronic diseases, both physical and mental. Because, these sacred mantras have a specific vibration, which when chanted can align our own energy vibrations that has been unbalanced.

It is a given that we fall ill when our energies aren’t aligned. As it is a universal truth that everything in this universe yields vibrating energies, every living being have a unique energy vibration and so the nature. Thus, we can say, each and every smallest particle of nature, including us, is in motion, vibrating. Even human souls and various emotions that we express are nothing but vibrating energies. When these energies are in proper balance with that of universe, we are then in a perfect balance energetically, but any kind of disbalances of these energies bring illness in our lives.

Mantra meditation is just not another form of parascience. Ancient Vedic Indians took the science of sounds and vibrations to the next level and created sacred Vedic mantras. When we do japa mediation, these unique transcendental meditation mantras align our disbalanced energies to that of cosmos and thus, cure our physical and emotional miseries.

Even before the modern science came, Vedic scholars founds ways to keep our energies in balance and our discomforts at bay through transcendental vibrations, known as mantra. Scientific studies have shown, reciting a certain sacred mantra at a specific frequency produce favorable psychological and physiological effects on us.

What is the meaning of mantras?

Sadhguru says, sound and creation are correlated. Concentrating on a Vedic sound can make us feel connected to the creation. Since creation is a multifarious amalgamation of sounds, it is represented as the blueprint of the creation. But when you try to decipher a word to understand its meaning, you’re trying to break into human psychological structure. Trying to get into a word’s meaning, it is then limited to being a human thing. Cause, one certain word can have multiple meaning based on different cultures and languages, and they are all made up by humans. But sound cannot be made up. Sound is pre-existing.

The whole cosmos reverberates in a specific frequency which is not humanly audible. As we cannot hear it, we assume it has no existence. It is existing nonetheless. Only a few keen observers can experience that incredible aspect of creation.

According to Sadhguru, humans tend to speak sensible words, in order to make it meaningful to themselves. But a mantra need not to have meanings in order to use them. Because mantras are meant to be chanted, not spoken. Chanting and mantra are correlated, whereas meaning and words are correlated.

Transcendental meditation mantras are linked with reducing anxiety, stress, anger, restlessness, and all sorts of negative emotions, even depression. Mantra meditation is beneficial, especially for beginners, because while you are engaged in your meditation chants, it gives you a specific focal point, so that you can stop your mind from straying too much. Mind is distracted easily. But transcendental meditation mantras help you to pull your mind back to present, so that it doesn’t go and look for thoughts related to past and future.

The primary benefit of mantra meditation is, after a certain number of sessions, you’ll start to realize, your stress and anxiety levels have reduced, and you’ll find yourself less and less reactive to the unknown of the future.

1. Pick up a suitable time-

Just like any other form of meditation, mantra meditation also requires you to pick a time when the outside noise is minimal. So that, the mind doesn’t get distracted too much. The early morning (i.e., before 7 a.m.) is a preferable time for meditation as it is less noisy during that time and the hustle and bustle of the city is in nominal. However, you can do your meditation chants at any time that is suitable for you to cut off the outside noise and concentrate on your selected transcendental meditation mantra.

As we have discussed earlier, a transcendental meditation mantra is a sacred word or phrase. We chant a Vedic mantra on repeat silently or loudly based on the type of chanting we are doing. More frequently practiced mantra meditation is of two types- japa, also known as chanting, and kirtana, which is done collectively in a blissful song form of meditation along with musical instruments.

The basic and more often used Vedic transcendental meditation mantras are – Aum (also known as Om meditation), Om Namah Shivay (Shiva mantra) and Hare Krishna mahamantra. Some prefer to choose a simple empowering phrase like ‘I am peaceful’ and repeat it over and over.

It is a common practice to use prayer beads while chanting transcendental meditation mantras. prayer beads are also known as japa mala. Traditionally, a japa mala consists of 108 beads along with a bigger bead (known as Krishna bead or guru bead based on various beliefs).

The main purpose of a japa mala (or prayer beads) is it keeps your mind focused instead of wandering off during meditation.

The other purpose is it keeps track of the number of times you have repeated the mantra.

Mala beads can be used with a mala beads bag, where you can keep your prayer beads while chanting so that it doesn’t move too much and get tangled, hindering your meditation too much. Prayer beads come in all styles, colors and sizes. Such as holy tulsi beads, precious or semi-precious stones, seeds (rudraksh), and other materials.

Some modern-day alternatives of prayer beads are, digital counters or other tally counters

Some prefers to close their eyes while doing meditation, while the others like to look at their worshippable deities. Once you’ve your meditation set up ready, simply repeat the mantra until you reach your desired count or for a few minutes until your mind is calm and reached that transcendental stage. If you properly meditate, you can feel the transcendence inside yourself and your surrounding ambience. Meditating with sacred meditation mantras can clear of the negative energy in your surrounding as well. 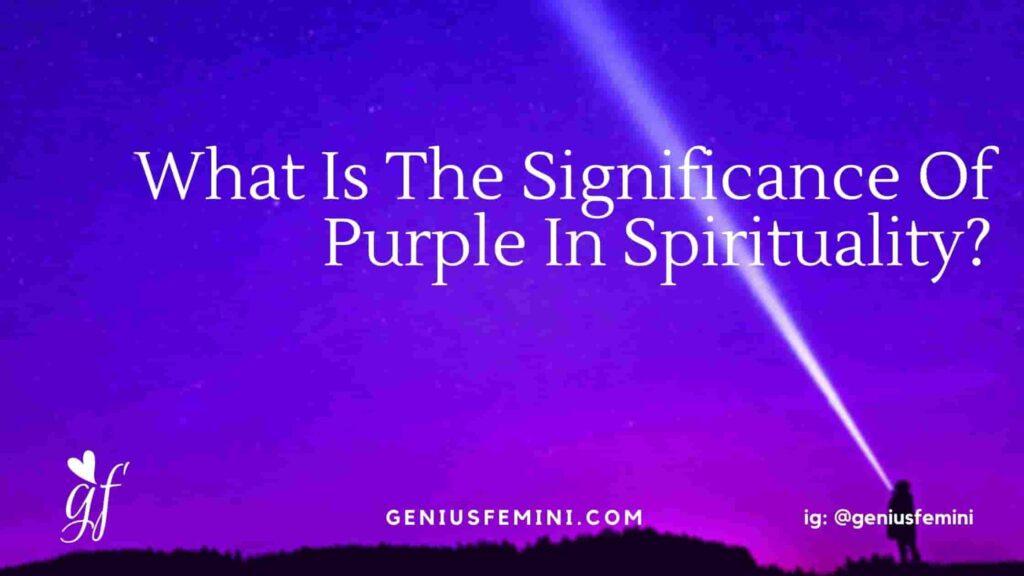 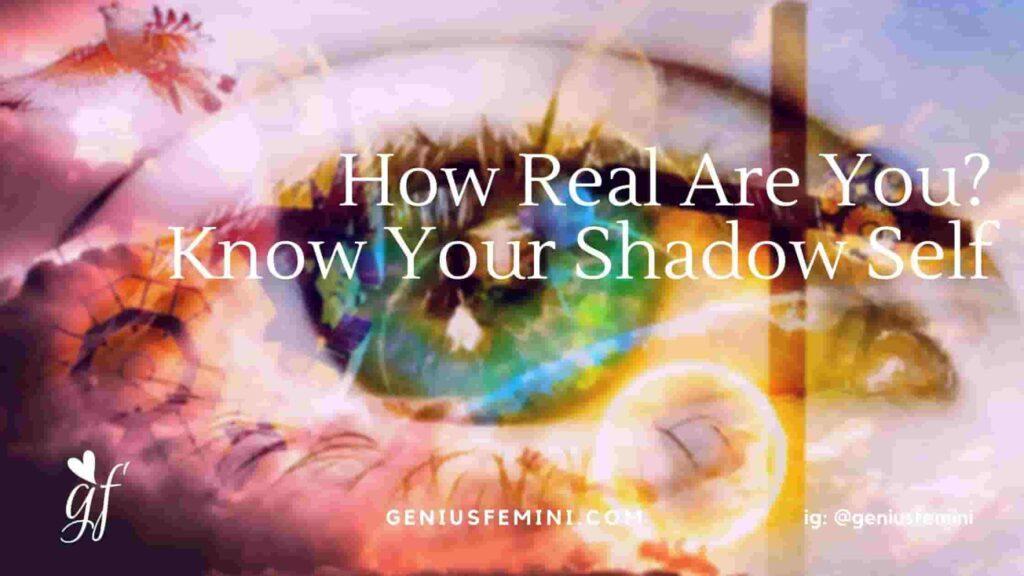 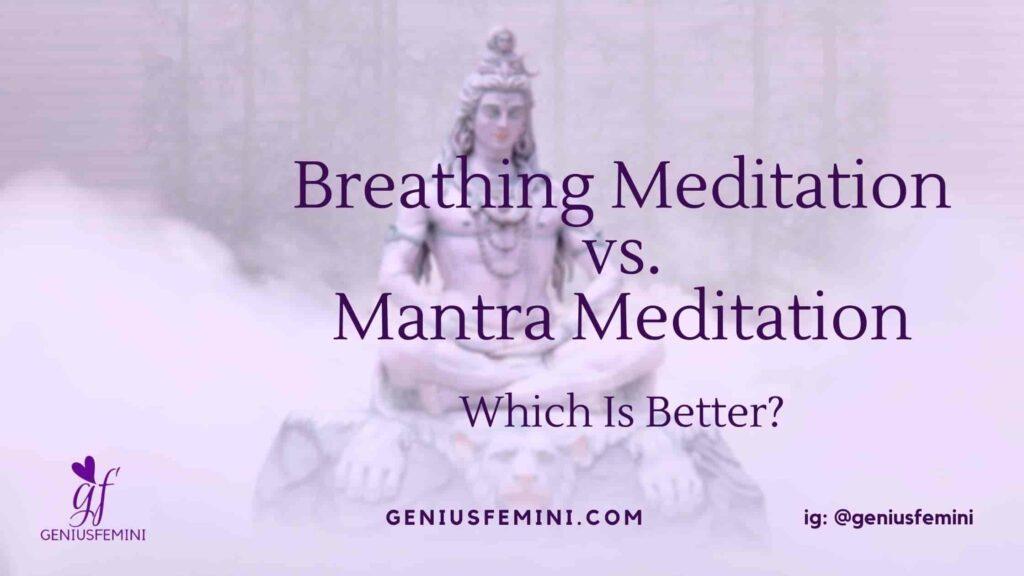